Today I had to collect a baby gate from rural Papakura (for the purpose of keeping a sneaky dog out of my bedroom so she stops soiling my carpet!).  There was barely a cloud in the sky and I couldn't drive that far on such a glorious day without making a visit to the Hunua Falls (my favourite place in the world). Maggie has been there once before and she loved walking around through the bush, so rather than leaving her at home to sleep, I settled her in the car and we headed for Whitford for a quick morning tea.


I have never taken Maggie to a cafe by myself before, even though we've had her for 5 months, and it wasn't easy! Maggie adores people and finds it impossible to sit down at a cafe unless she says hello to every single person she can see! I tried looping her lead around the chair leg, but the chair was too light and she could pull it around! I had to wrap her lead around the table leg instead and she was barking and grizzling so much when I went in to get a muffin I walked off without paying! Thankfully I had only got to the door before I remembered and dashed back inside apologetically to pay for my snack! Thankfully the cafe owner was very understanding.

We drove along a mixture of beautiful country roads and bumpy industrial roads until we arrived at the house where we were picking up the baby gate. While I was packing the car I got that creepy sense that something was behind me and indeed there was! A large, white, fluffy dog! He looked like a giant version of Maggie! I got Maggie out of the car and let them have a little play, then we continued on our adventure. 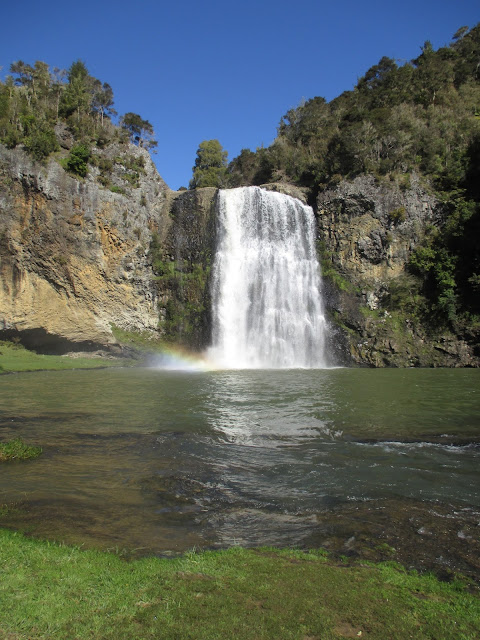 The falls were glorious today! There was only one other person there so it was very quiet. The mist from the crashing water combined with the sunlight to create a beautiful rainbow at the bottom of the falls and there was a pair of welcome swallows gliding over head. Absolutely beautiful! 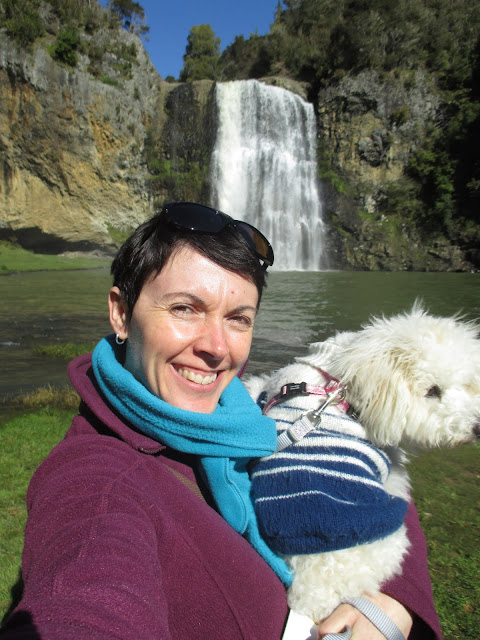 I attempted a 'Girl and Her Dog' selfie. Maggie was unimpressed by the idea... 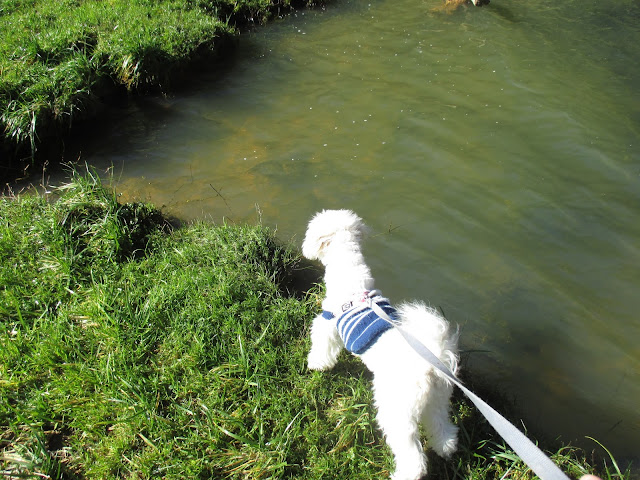 After having a quick look at the falls we headed up to the lookout track. Maggie loved going 'off road' and walking along the bush tracks. 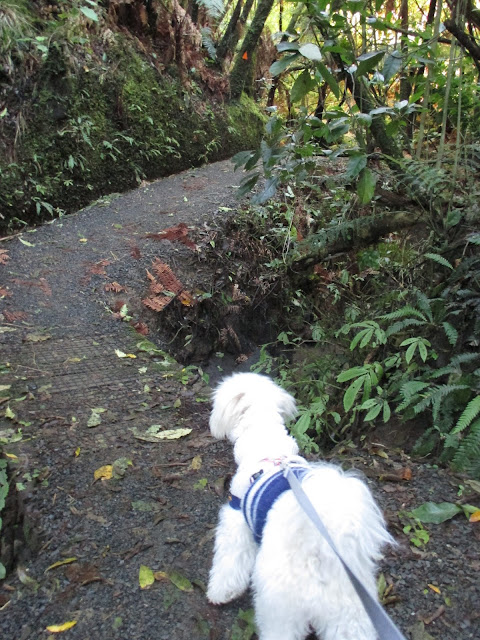 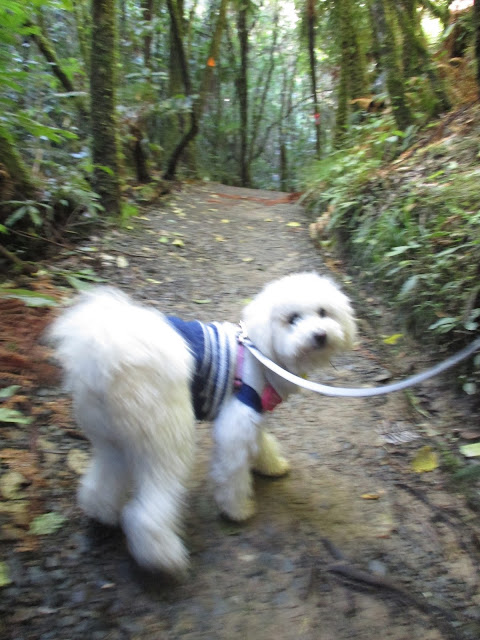 One section of the track in particular had steps up a steep bank. Maggie looked so small as she bounded up them (no photos though. I didn't want to fall up the stairs!)

We made it to the look out and got a much more successful 'Girl and her Dog' selfie! 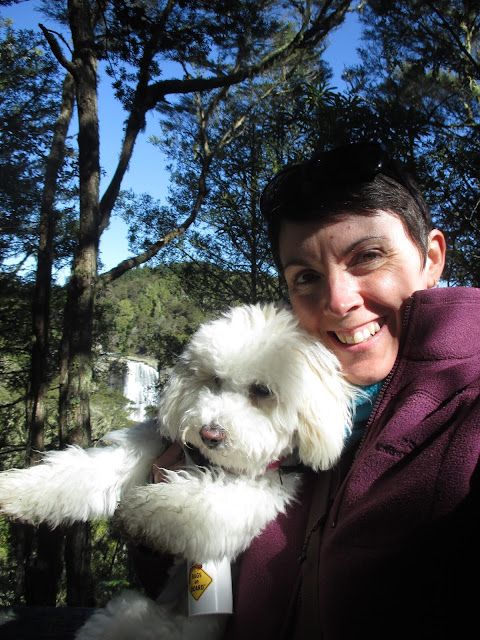 Normally we would follow the track back to the carpark but today we were having too much fun. We continued on the Cossey's Dam track until we discovered this stream. 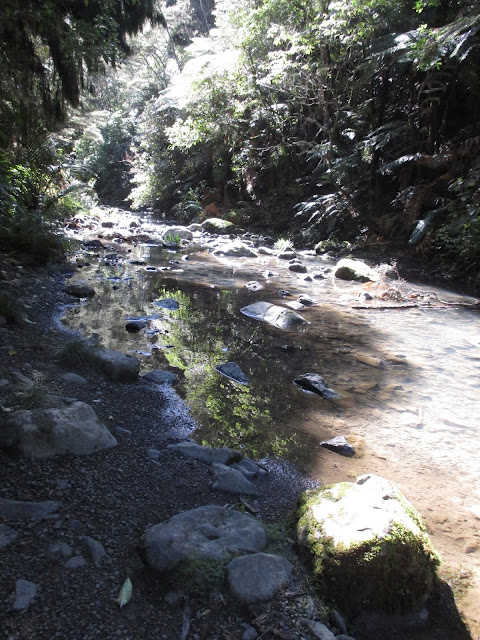 It was so quiet and still there and we were the only ones around. Maggie enjoyed splashing in the stream and squelching in the mud. 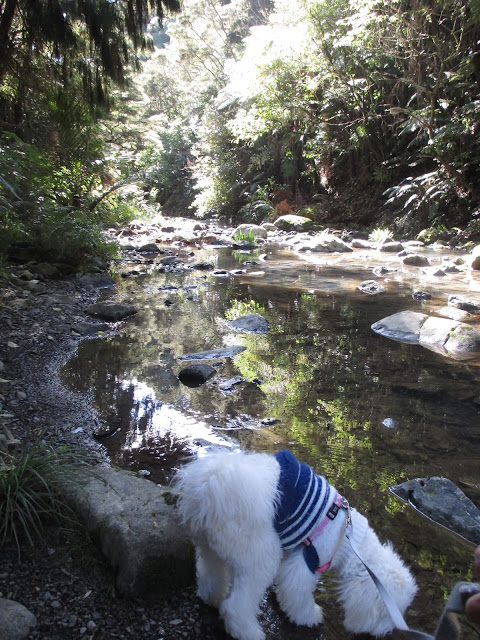 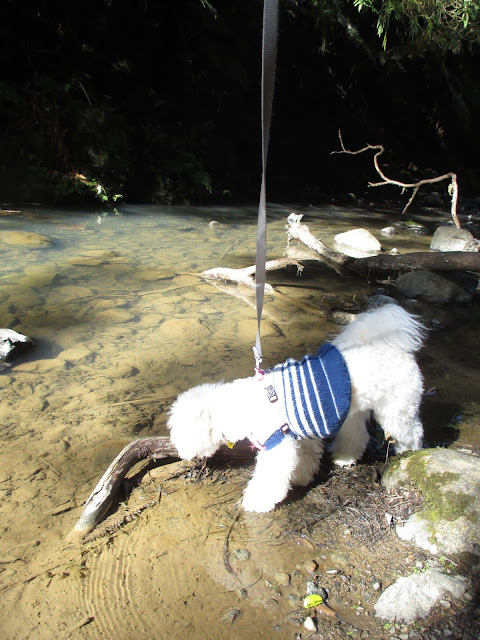 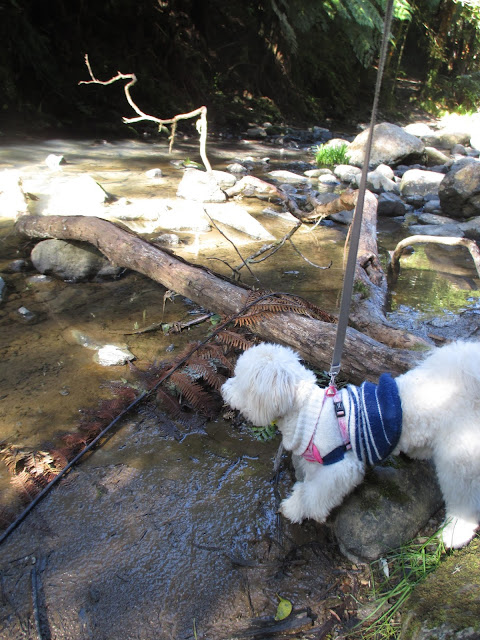 Seeing as how Maggie was already wet and muddy (and I was in an adventurous mood) I decided we   would ford the stream and continuing along the track (which is on the other side of the rocks). 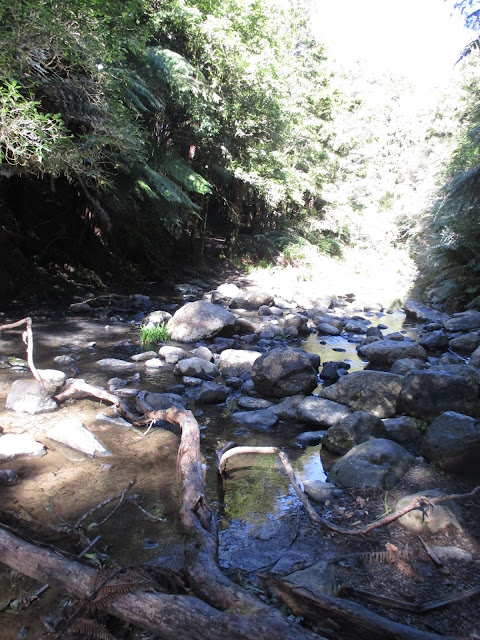 I sensibly crossed using the rocks as stepping stones. Maggie thought it was more fun to walk through the stream... 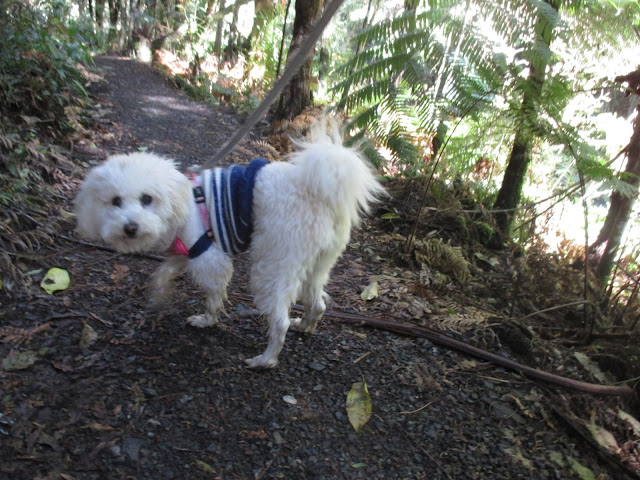 The payoff for our little adventure was finding a little waterfall cascading into this stunning blue pool! 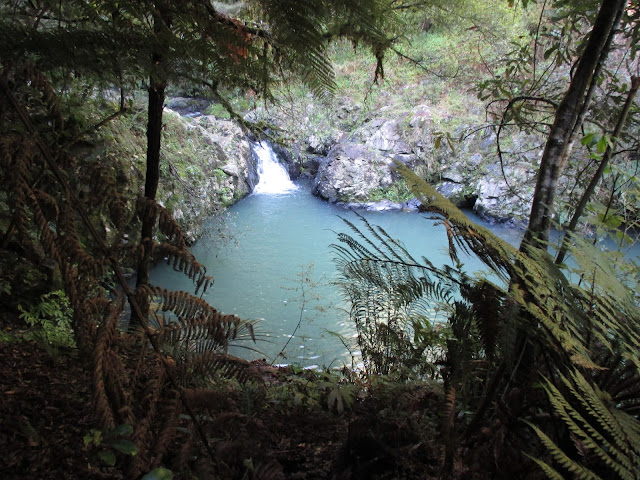 We had such a fun mid-week adventure and were pretty tired and hungry when we got home!
Stay tuned for more A Girl and her Dog adventures.